Hey everyone.
I have been seeing images of 2012 Heritage on various blogs, and the colorful design is great.
I was at Target today. I bought one loose pack. One. There was a time, not too long ago, when a Blaster box would have ended up in the cart. I just wanted to have that anticipatory rush of opening a pack. It was fun.
First up is a sticker of Mauer. The back of the sticker says, "Place all-stars on books, walls, bikes, anything!" The sewingmachinegal wouldn't like a Mauer sticker on the wall of the living room to much. I hope Mauer has a bounce-back season. I nabbed him on my fantasy team. 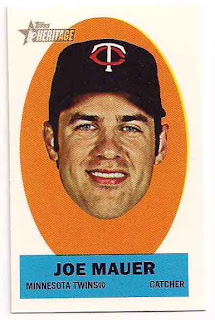 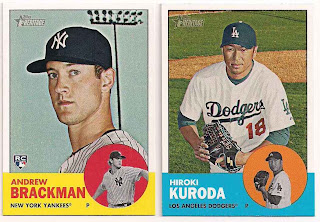 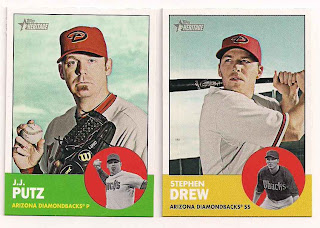 Lester faces Verlander on Thursday in the opener of the 2012 season. The reigning Cy Young and MVP award winner is looking great in spring work, and should pick right back up where he left off. 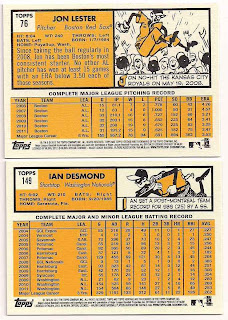 Love the cartoons on the backs. The black ink on yellow paper is very easy to read. Nice going Topps. 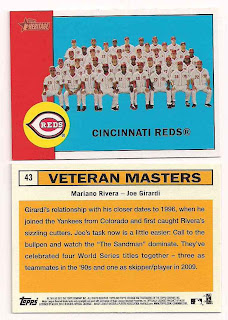 That pack of cards cost me $3.19. I have not looked at a checklist, but I don't think I have a short print or anything magnificent. It doesn't much matter. The thrill of opening a pack is still there for me.
Since I have been on a baseball card spending freeze, and at the same time, selling tons of stuff on eBay, I have had extra cabbage for things like this...
I picked up 4 of these 6 1/2" Pioneer 2-ways for the new Vue. I bought them from Crutchfield. If you have not bought from them, I highly recommend it. The speakers came with a bunch of freebies including instal instructions complete with photo's of a Vue. One of my employees is a 20-something techy nerd. He had them all installed within an hour. 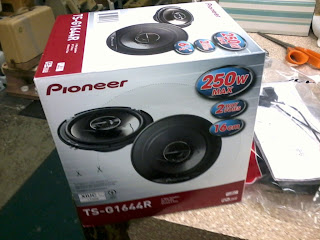 As you can see, the old stock speakers were shot. 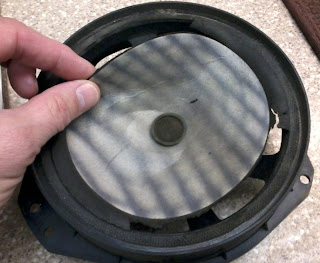 What song to play first? I needed something that would really show off the new range.
Here's what I went with.

Tomorrow morning I am going to play nine holes of golf.
The sewingmachinegal, sewingmachinedaughter and I ran a 5k a couple weekends ago.
I went to a different church this morning to hear my wife's Uncle Chuck preach the good news and report about his visit to Cuba. It was a fascinating story. Maybe I will go into detail about his story on my blog someday.
I have a fantasy baseball team drafted. Cano, Granderson, Ellsbury, Halladay, A-Roid, Konerko, Avila, Mauer, Cuddyer, Nelson Cruz, Beckett, and more.
We're having everyone over next Sunday to celebrate the resurrected Christ, and chow down on ham and cheezy potatoes.
I hope you all are doing well.
Peace, your friend, Larry the smg

Posted by the sewingmachineguy at 10:02 PM